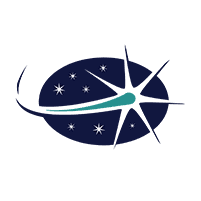 ECT, or electroconvulsive therapy, is a well-established treatment for people who have serious psychiatric disorders that aren’t responding to other approaches. If you’re in this position, ECT isn’t the only choice for effective treatment, and the highly skilled team of medical experts at Blackhawk TMS, in the Danville area of California, are pleased to provide a safe, noninvasive, and drug-free alternative. Transcranial magnetic stimulation (TMS) could be a better option for you, so find out more by calling Blackhawk TMS today, or book an appointment online.

ECT, short for electroconvulsive therapy, is a treatment for serious mental health disorders during which electrical currents pass through the brain. These currents cause controlled seizures that alter your brain chemistry and provide relief from symptoms.

ECT may be appropriate when initial therapies aren’t helping patients who are in severe mental distress or are unable to function because of conditions such as:

Patients who are suicidal or are exhibiting aggression and agitation because of dementia may also benefit from ECT.

ECT is thought of as a similar therapy to transcranial magnetic stimulation (TMS), but it has several key differences that mark TMS out as being a safer, simpler form of treatment.

While ECT is considerably safer now than it was in the past, there are still risks attached to its use, and some patients may experience side effects. These could include:

Because ECT requires general anesthesia, the risks associated with an anesthetic also need considering, as there could be medical complications such as raised blood pressure and heart problems.

This is one of the reasons why TMS is now becoming a more favorable option, as there are minimal risks involved. You don’t require any anesthesia or sedation and there’s no recovery period, so you’re free to go about your day as normal after your treatment sessions.

TMS therapy is also far more convenient than ECT. When you have ECT treatment, you have to restrict food and drink in advance of having the anesthetic and have an IV (intravenous) needle in your arm to deliver medications and fluids.

You’re also given a mouth guard to wear to prevent injury to your teeth or tongue. TMS therapy sessions don’t require any of these procedures, making them less daunting and far more comfortable.

If you have severe depression and you aren’t feeling the benefit of your current treatment, talk to the experts at Blackhawk TMS. Call today, or book an appointment online.